If there’s one thing that all kids love, it’s getting a surprise. When you add that to a toy, it’s bound to create a fun, learning experience. Spin Master LTD has mixed the fun of a toy with the anticipation of a surprise with their new toy line of Hatchimals – found on Walmart’s 25 Hottest Toys for 2016 list.

A Hatchimal is a toy pet that comes in an egg. The egg doesn’t give a peek to the child as to what’s inside. The only way that the child can get to the toy is by taking care of the egg and patiently waiting until it hatches.

Once the egg has gone through the play incubation period, it will hatch. However, what hatches is anyone’s guess. Your child won’t know what’s inside his or her egg until it’s actually revealed during the hatching phase.

Not every single Hatchimal is identical. So there will be a lot of different variations that your child can get. With that in mind, the Hatchimals are sure to be at the top of the most sought after toy list.

The details for the toy have been kept under tight wraps to prevent spoiling the surprise of what’s inside. But it’s clear that the animal your child will hatch will be one that he or she will definitely love.

A Hatchimal is born!

The animals were created for boys or girls. There have been many hints as to what the names of these Hatchimal pets will be called. Pengualas is one of the names making the rounds.

Draggles is another one. Then, there are also the Owlicorns Hatchimal eggs. There is some speculation as to what will be used to identify the eggs – if there are any marks. Some consumers mention that one of the Hatchimal eggs will be a mixture of both purple and green.

What’s exciting about this new toy from Spin Master LTD is that word has it the toy will be one of their popular interactive ones – which is always a great idea for children. The more interactive a toy is, the more your child discovers and improves his various skills.

The different Hatchimals are said to be able to have learning abilities and be able to grow with your child. From what’s known so far, the Hatchimals toys will feature a few different modes representing learning.

This learning stage will shape the actions of each of the individual Hatchimal. To wipe the slate clean, all you have to do is reset the toy so that it goes back to the factory settings. The toys are durable and created using a mixture of materials such as metal and plastic. The recommended age level for the toys are 5 years old and older. 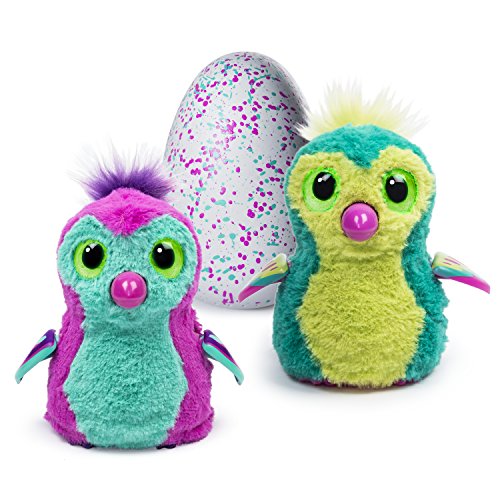 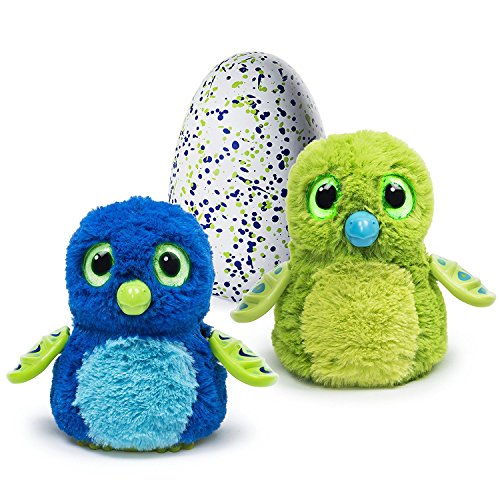