Today we’re checking out something that I’m sure is going to be quite fun to test out and today it’s Amazon’s deal of the day and #1 best seller, with $50 off the list price. This is the Anki Overdrive which is an incredibly sophisticated racing game which includes these little guys here. Little cars which move around the track very intelligently and there’s an app that goes along with it so you can control various things within the game I’ve actually looked at the previous version. This one looks a lot more interesting Now added the ability to built your own track. Use these various accessories to send the track up over over obstacles. I’ve got the starter kit over here and then I got some accessories. Let’s jump inside.

Get a brief overview and go from there. The starter kit features 10 Anki Overdrive flex track pieces that allow you to build and re-build up to 8 epic battlefields. So here you can see, this is stuff you can build right out of the box without any accessories. Different game modes: Race, battle, time trial, multiplayer, and team. And as you can see here it’s installed on these two devices It will work on iOS and Android and of course you can use it on a phone or a tablet.

These are the two cars that are included in the starter kit. You have the Ground Shock as well as the Skull. As you move through the game, you’re gonna also unlock new things, upgrades, and so on. So let’s go ahead and crack this baby open. Ooooh. Skull: red, gray. There’s also a new charger. You can now charge 4 vehicles on one little dock. 20 minutes of play from around an 8 minute charge. This little guy is actually for the tires I believe. You sort of run them over like this. Get the junk off and get yourself some Some fresh traction. A power brick here. USB on one end. Power on the other. Here are a couple little risers again if you wanna build up the track in a section and wanna give it a little incline. That’s cool. Here are some track components.

What’s cool about these are that they are fairly durable, flexible Look at this. They attach magnetically. You don’t have to be worried about clips breaking or anything like that Just kinda like this. Just line them up. I mean that’s brilliant. Magnets make everything better. You’re encouraged to continue to change around your track and change around a situation You might just do that and never actually get to the game. A couple more vehicles. This guy’s called Nuke and this guy’s called Thermo. Wow! The old school version of that which is like a zip tie around the thing into the thing. Nightmare! What kind of dude is getting amped up about packaging. Jack that’s who. Hey Jack, how about this packaging? That makes four total. Look at that squadron. Imma go with this guy. Ground Shock. Let’s go ahead and set it up. And test it out do a little bit of gameplay. Okay so we’re messing around with a couple different construction scenarios. Couple things to note real quick. On your first build: Don’t build anything super complicated because there is a qualifying round.

In that round you can’t use one of these which is this intersection piece here. Another thing I noticed: On the jumps you wanna line up your lifter pieces on these white sections here to get nice clean jumps and also you wanna have a straighter way before the jump happens so the cars can build up some speed. They’ve been charging. Let me give you guys a little bit of a demo. You can see here…I’ve defeated some people already. Here the qualifying round battle and so on and you keep moving through the game this way. The vehicles are on a track and essentially the way this works: This is where they will scan the track and understand all of the turns.

The intersection over here, the start point, and what not There you can see, they just did the jump and see in the scanning they now know that there’s a jump there. If you wanna go up on that couch for example or attempt some kind of steep incline at a higher speed you can see they can it at a relatively slow speed so do the scanning down here. And this is sort of the intelligence of the game and the vehicles is that they can essentially…go around this track a couple of times and figure out exactly what they’re working with.

So I’m gonna get moving. Now he’s gonna try to disable me cause we do have weapons. And a couple of upgrades but he hasn’t shot me yet and you can switch lanes just by nudging the controller in this case a phone in one direction or the other. See he just shot me. Now I’m gonna slow down. Let him pass. And now I’m gonna try to disable him with my weapons. Now just remember, if you do use your weapons in this case it can decrease your power and make it easier for you to be disabled so you gotta be kinda careful about when you use your weapons Now you also wants to kinda get in the inside of turns if you can.

OH NO! Both guys off. Now if they do fall completely off the track, you can just place them back on like this. Give them a little push. Now as you play and continue to progress, the weapons available to you change. As well as the upgrades for them. You can also pause the game like I’m doing right now kinda like a video game in fact. And then pick it off where you left off. What you wanna do every so often as well is wipe down the track. So the other thing you wanna do is use that little sticky pad to clean off the tires every so often. Alright sort of like make- Ohhhh! He did a little twist and still landed it! Hit that.Ohhh! He jumped over! Oh nooo! No I’ve been disabled! And I assume he’s about to win now. He just won yeah there you go. I’m impressed with this thing. I think the ability to construct your own track-to design your own track is a HUGE deal.

The enjoyment only gets amplified when you involve other people locally because then when you beat them you can laugh right in their face as they are present My guy just missed his jump. I think it’s gonna be cool to experiment with this and send it in different directions. Here around the office and also share it with people in my family who I think are really going to appreciate this. They have it! Anki Overdrive. If you guys wanna know anymore information about it check out pricing and availability, I have links down below in the description And that’s about it. That wraps it up. Thanks very much for watching and I’ll catch you guys on the next episode. Later. Normally if I cared about my opponent I’d let him back on the track. But in this case. I’ll be happy to let him sit there. As my wonderful blue car succeeds in victory. 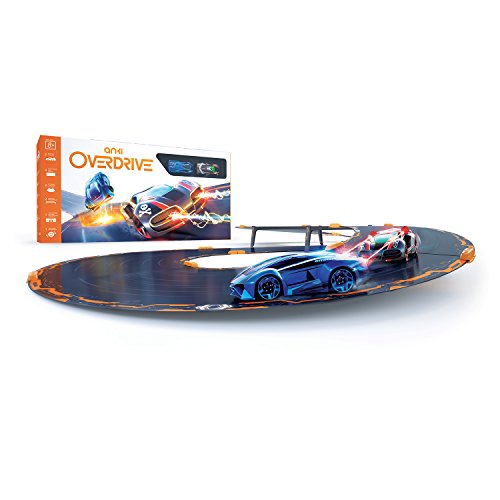 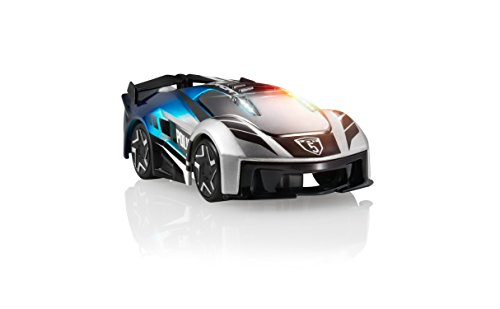 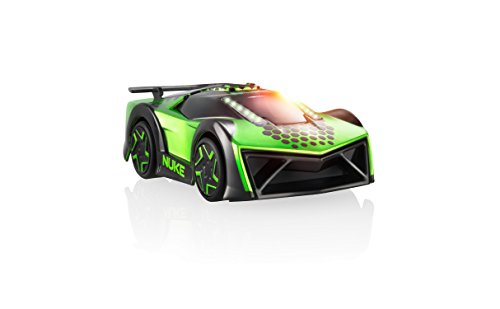 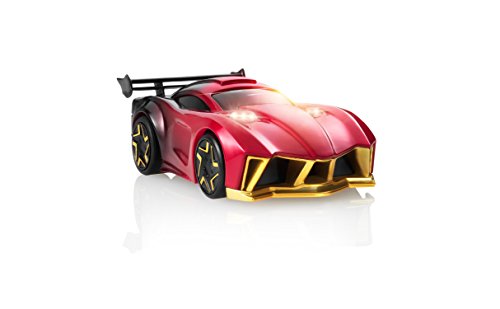